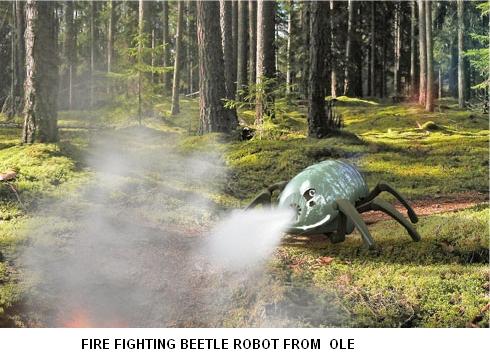 An articles briefly examines the causes and prevention of fire damages

Fire can cause damages to buildings in four ways: Actual burning during fire, Heat generated during fire, Smoke from fire, Problems during extinguishing of fire. A brief account of damages possible is discussed below:

Effects of actual burning during fire are confined to combustible materials including wood and wood products, paints, asphaltic types of roofing and sliding electrical insulation etc. Masonry, plaster, steel and other materials do not support combustion

Extent of damage to building materials from the heat that is generated by the combustible parts of the building depends on temperature reached and time of exposure.

Two kinds of smoke can occur during a fire. One is a hot smoke; the other is a cold smoke. Hot smoke is closer to the fire and carries the heat of the fire. While cold smoke is away from the fire and has cooled and condensed, sometimes in the form of soot.
Hot smoke can penetrate porous surfaces and leave heavy stains on building decorations such as wallpaper and ceramic tiles. These stains are generally impossible to remove. Hot smoke damage in stonework, brickwork and cement surfaces and are difficult to remove. Hot smoke also causes smoke odour in the building.
Cold smoke does not cause smoke odour and stains can usually be removed by vacuum cleaning or washing.

Operations undertaken during fire to extinguish it may also cause damages to the building.
Water used to let out fire may cause following:

Use of calcium chloride, foamete, carbon tetrachloride etc as fire extinguishers may stain or discolour surfaces. However, carbon dioxide does not cause any harm.
Operation of firemen such as breaking open of doors or windows for getting in or ventilating the premises may cause permanent damages. Debris from upper floors and cupboards that fall on to floors, may cause damages by impact.

A fire proof construction is a typical construction that has facilities to prevent origin and spread of fire and has necessary fire exits and extinguishing systems.
A fire originates in the event of development of ignition temperature over a combustible material in the presence of air or other fuels. It is almost impossible to prevent the development of ignition temperature. Torch effect resulting from intensive heat radiation across façades such as glass is next to inevitable.
A better idea is to prevent use of combustible materials in the structure and emphasize better fire control over building materials.

Fire resisting characteristics of common building materials are detailed below:

Stones: Although stones are bad conductors of heat, event of fire may cause disintegration of stones into small fragments as it is heated and suddenly cooled.

Bricks: Brick is a fire resistant material being both a bad conductor and having an ignition temperature over 1200 deg C, when combined with good mortar and workmanship.

Timber: Timber ignites rapidly and gets destroyed in fire and may also intensify any accident, however deep sections of wood takes time to ignite and proper fire protection can be imparted to timber.

Glass: Glass responds to alternate heating and cooling with formation of cracks. Reinforced or fibreglass is more fire resistant than ordinary ones, however.

Cast Iron: Cast iron flies into pieces when heated and suddenly cooled. In structural works, it is covered either by one brick thick brickwork or by concrete.

Steel: Steel gets heated up in case of fire and its tensile yield stress at 600 deg C is reduced to about one third. Thus, fire is often accompanied by structural collapse. Steel also assists in spread of fire. However, plates of steel are effective in resisting the passage of the flame.

Concrete: Concrete is an effective fire resisting material. the actual behaviour however depends on the quality of cement and type of aggregates forming the concrete. In reinforced concrete, the position of steel is an important requisite. Expansion of cement although partly balanced by shrinkage due to loss of water, may cause cracks however there is practically no decrease in strength until 250 deg C. A small loss of strength occurs thereafter, and the rate of loss decreases gradually with temperature. At about 1000 deg C, the strength of concrete is only 20% of its original strength.

It is practically impossible to eliminate the possibilities of fire in a building. However, much can be done by proper selection is to limit the fire size and duration, and the hazards during fire.

From this footing, modern buildings require:

While the aforementioned services are necessary for public if not all buildings in general, the construction should be made fire resistant to the extent possible in those buildings, where there is an impending or potential danger of fire.

Fire in concrete structures may be prevented by increasing the cross section, using low-density concrete having lower coefficient of thermal conductivity and use of highly fire resistant concretes.
The reinforcement bars must be prevented by clear cover. On this consideration, low alloy steel is better than high strength cold drawn reinforcement or hot rolled bars.
RC ceilings with hollow tiles are better than ordinary open ribbed structures because fire resistance can be increased by limiting the heating of lower boundaries during a fire.

While the ignition temperature of timber is 330-470 deg C, a temperature over 430 deg C may be harmful due to formation of pyrophorous charcoal. Woods of higher density ignites with difficulty because of its high conductivity that requires more heat per unit volume to ignite. The surface to volume ratio also has marked effect on flammability. Besides all these, timber is unfortunately not very effective in spreading a local fire.
Fire retardants and salt melts such as mono-ammonium phosphate, boric acid, borax or diammonium phosphate may be applied to decrease fire susceptibility by
1. Preventing direct contact with oxygen
2. Liberation of gases that extinguishes fire during decomposition and
3. Evaporation of the salt at lower temperatures.
An application of solution of sodium silicate and kaolin in water is also very effective in fire protection. Generally, two coats are applied. Facing materials and plastering on timber retard rise in temperature of wooden structures. The facing materials and plastics must have low thermal conductivity. Asbestos cement sheets, gypsum plates may be used for this purpose.
Avoiding cavities in the whole construction can effectively prevent the spread of fire wooden buildings may be divided into fire areas by fire barriers to prevent spread of fire and advantage in extinguishing fire.

Steel structures undergo structural collapse in the event of fire. The fire resistance is only about 15 minutes and connections may be substantially affected. Presence of combustible materials makes systems worst.
Fire resistance of steel may be increased by plastering or facing. Concrete, bricks, hollow ceramic tiles, plaster gypsum, porous clay slabs, asbestos cement etc prevent fire damage to steel structures. The integrity of facing and plaster must be assured under normal working conditions as well as during fire.
Special design provisions and factors of safety can be applied to steel design.

Chemical Admixtures for Concrete Next 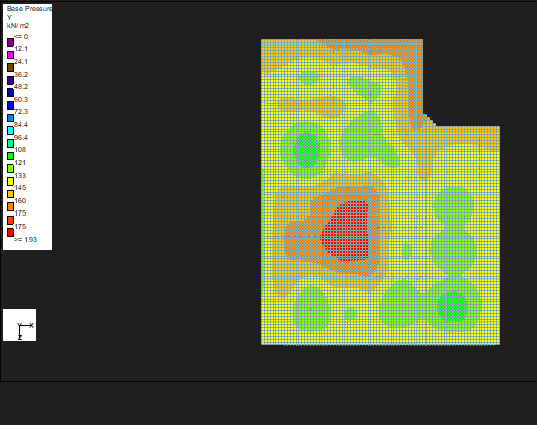 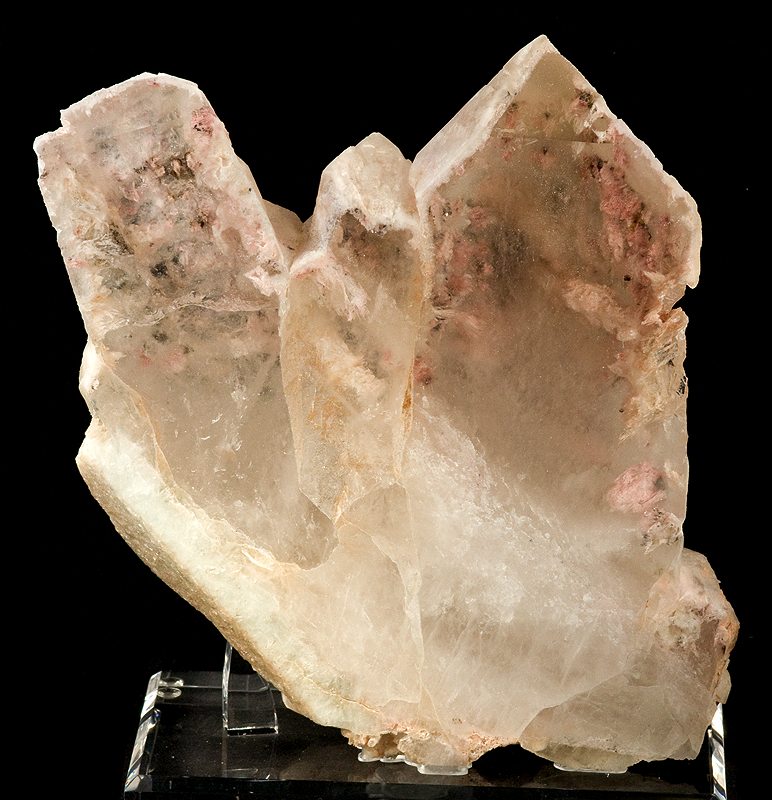 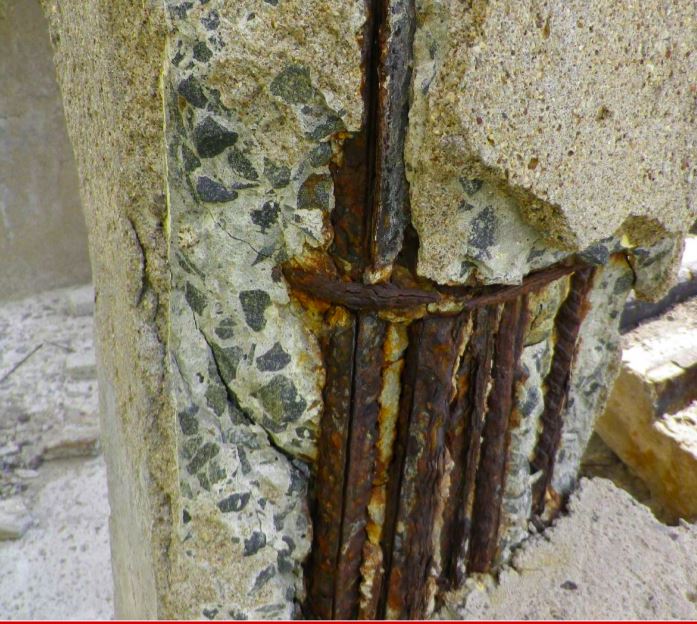 Rehabilitation of Corrosion Damages in Columns by Jacketing