Productive and Plant Scenarios of Equipment 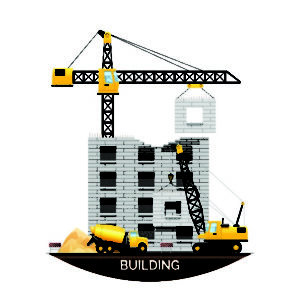 Productive and Plant Scenarios of Equipment

Performing equipment is a machine with a characteristic productivity – that is, output for unit operating time. Concrete drum mixers, excavators, tripod winch rigs are examples. More often than not, performing equipment is countable in numbers, so that contribution can be measured in hours. The operating time of the machine can be expressed as a proportion [kQ] of the geometry throughput of work [Q] and [1/k] being the productivity. The number of machines required is given by [kQ/D] where [D] is the duration of work. Work duration is governed by the equipment with the lowest productivity and by limitations of the work-front.

When two or more unit machines are combined, their respective performance are regarded as mutually independent. If two or more machines produce a combined tandem productivity, such as drilling rigs and drilling tools, the tandem operation of the machines is considered as an activity by itself of duration throughput.

During a combination of two or more machines, due to the difference in the productivities of each machine, like for example equipment A is 1.5 times faster than B,  there could be three possible strategies:

Scaled mobilization is the preferential strategy, as there is no idling or remobilization cost. However, sometimes completely scaling may not be possible due to low work volume, confined workspace, longer duration assigned or high mobilization cost. Besides, it should be noted that if/as the machine cannot be mobilized in fractional units, there is a non-zero idle time.

Modular equipment, such as shuttering, barricades, traffic cones, tremie pipes or scaffolds provide characteristic coverage (geometry per unit equipment). Although the geometric measurement of equipment is given by the coverage, the duration for which the equipment is required in service is governed by factors other than itself.

When the duration is defined by a fixed specification of work (such as 24 hours stripping time for column concrete), we shall call the duration of each task or take-off as task duration. Service duration is expressed as a proportion [kQd] of geometric throughput [Q] and task duration [d] where [1/k] is the coverage. The number of modules required is given by [kQd/D] where [D] is the duration of the entire work. Thus, ten columns could be cast (at equal cost) in ten days with one module, or in one day with ten modules. Note that work duration cannot be reduced below task duration, by any incremental mobilization and also that any partial mobilization increases duration, at equal cost.  More often than not, task duration coincides with reporting interval, that is one day, so that contribution of modular equipment can be measured in geometry units of the equipment.

On the other hand, when the duration of coverage is given by a supported work (such as in case of traffic diversion), the duration is not fixed. Consequently, scaling of the coverage is dependant on the scaling of supported work. The coverage should hence be considered as an integral part of the supported work, in the same workgroup and quantified by related takeoff. This enables to scale the quantity of coverage based on the quantity of supported work, and maintain operating time as work duration. It should be noted that similar to the case of works with task duration, any partial mobilization results in an increase of total duration, at equal cost. This is because if the total duration [D] should remain the same, in say [N] equal segments of partial mobilization, then it should be possible to complete each segment in a duration of [D/N]. However, due to scalability of the supported work, it should also then, be possible to scale the entire work to be completed in a duration of [D/N]. Therefore, it is necessary to scale the coverage only when the supported activities are not optimized.

Modular equipment can involve step-wise complementary relations. For example in shuttering, length of runners depends on the type of sheets and the number of props depend on type of runners. Hence runner-sheet couple and prop-runner couple may be modelled as constituent nominal throughput procedures. The workforce required for installation and dismantling of modular equipment should be considered along with quantification of equipment.

Characteristics of builders equipment, other than capacity, that determine its contribution to an activity are as follows:

Sometimes, the throughput of work is measured in a unit that is not scaleable to the output of an otherwise productive or modular equipment. For example, the effort of a cutting machine is not directly related to the tonnage or areas of finished shapes of steel plates or ply-boards. Similarly, the capacity of a shuttering prop is measured by the safe working load, whereas shuttering is measured in area. There are three possible approaches for assessing the contribution, in such cases.

In many cases, it is possible to model non-homogeneous equipment as a combination of the three methods above.

In the productive model for performing equipment or modules, it was assumed that the setup time of equipment is insignificant compared to operating time. However, certain equipment such as scaffolds or tower cranes, fall protection, require a long sequence of erection and dismantling. Assemblies are considered to be on mobilization for the duration between its respective installation and dismantling. The installation and dismantling is determined by the precedence relationships of other works in the project. For example, suspended floor shuttering is an assembled plant with predefined duration, whereas scaffolding and hoardings are assembled plants without predefined duration. The period of service starts after installation is done. Assemblies are composed using geometry units – positive during assembly and negative during dismantling. The actual sequence of assembly/dismantling, if any is addressed by sub-schedule within the same workgroup [like beam/slab soffit, side shutters, soffit removal, prop removal etc] or partial assembly on different workgroups [like additional segments of scaffolds in height/width]. Most assemblies may be considered as modular equipment; however, they may house a performing equipment as in tower cranes and builders hoist.

Machines or coverage units whose output hardly affects work throughput such as mobile crane, kentledge, man-lift, derricks or access ladder, but are required to complete the task shall be called supporting devices. Supporting devices operate for the entire duration of the associated work or a part thereof, usually providing support to another workforce. The productivity or coverage of the device is composed as same as supported workforce. For instance, a man-lift provides access to the worker or mobile crane holds the load until installation. Supporting mobilization may be modelled as a duration activity where the device is on standby. The unit of supported activity should be so chosen that the substitution of the device with an equivalent does not alter its throughput or preferably still when the device does not have a productive. If a device has a substitute of different capacity and if the throughput of supported work is likely to be affected by replacement of the device with a substitute, it is advisable to consider the equipment as an integral module or a productive machinery. It may be noted that an integral module is modelled as an activity integral to a workgroup, whereas supporting device is modelled as an equipment that supports another workforce.

Equipment that are mobilized during the entire duration of a procedure, one or more workgroups or whole project are classified as infrastructure. These include quality control devices, testing instruments, surveying instruments, PPE, safety devices, power supply, water supply, shelter, storage, cleaning etc. The number or coverage of infrastructure is directly quantified during takeoff using measures of mobilized time, geometric measurement of equipment and ratio of operation time to mobilized time.

The different scenarios in which equipment contribute to construction processes may be summarized (in the order of appearance in the aforesaid discussion) as follows:

The scenarios may be rephrased based on the modelling criteria as follows:

When equipment is directly mobilized over one or more workgroups or as assembly between its respective installation and dismantling, it could also be redundant as a scalable contributor to one or more works in the mobilized period. Equipment contribution calculated based on the throughput and productivity is then, considered as the operating time of equipment in the plant. If the calculated requirement exceeds stationed plant capacity, an additional requirement is mandated; otherwise, the difference is written off as idle time.

When equipment is directly mobilized, substitution does not alter the mobilized time. However, operating time may be altered by the substitution. It does not make any change on mobilized time or operating time in case of idle supports. While making a characteristic substitution of modular units or assemblies the workforce for its erection/dismantling should be comparable to each other. Due to this reason, erection/dismantling of assemblies, or modular units shall be preferred with nominal throughput, so that replacement by a substitute allows for modification of installation workforce.

Factors of Production and Throughput in Construction Previous 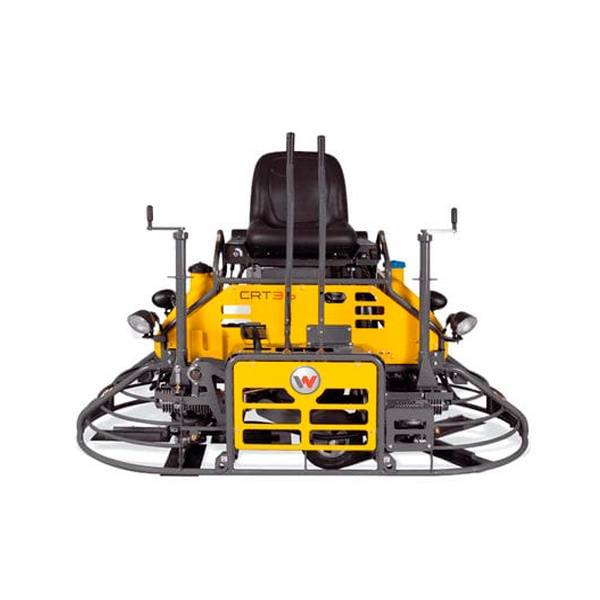