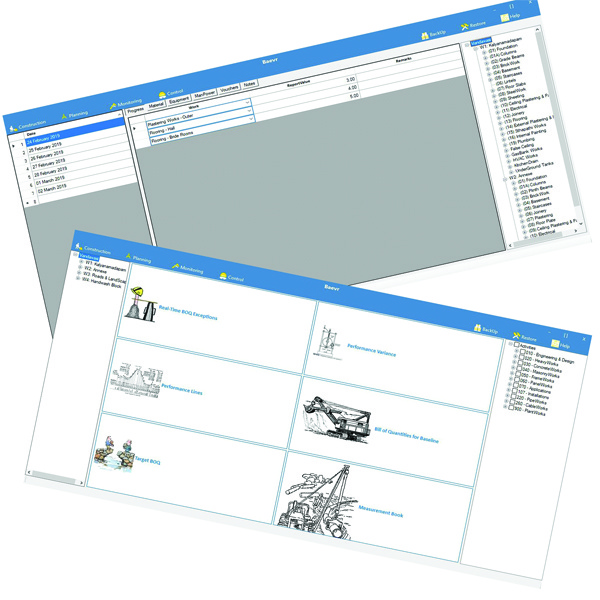 Integrated management method that caters to just about every practical situation in construction... 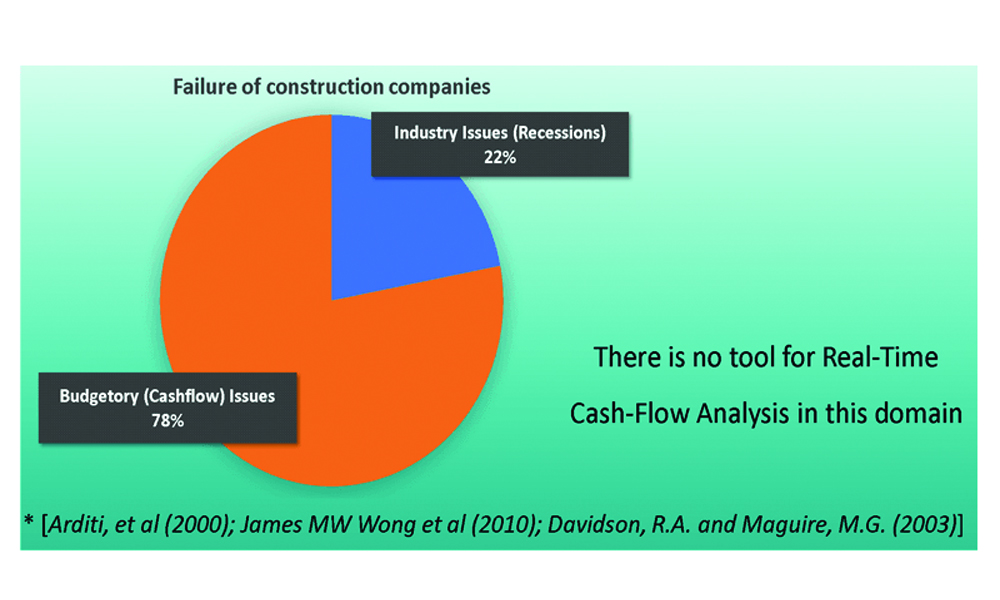 It is obvious from Google that construction industry is the second largest industry in India, employs over 32 million people, or 16% of the working population, adding about a million per year, contributes 5.7% of GDP and constitutes 40% of investments. [Iyer, K.C., Jha, K.N., 2005] However, formal project management is rarely evident in the Indian construction industry and there is little planning for capability and professionalization [Sreepuram and Rao 2006]. We have conducted an extensive literature survey, and based on the studies conducted by universities in India and abroad, an exhaustive list of key challenges in the Indian construction industry is listed below. The list also provides our proposed mitigation strategies using Baevr software and Book of Knowledge from Adept Algorithms.

The references that we used in this study in the order of citation are as follows:

Some MIS Reports produced in Baevr

A brief description of the findings in these researches is being discussed in forthcoming sections.

Santhosh Loganathan et al (2017) expect large investments to flow into infrastructure for rapid urbanization in recent future. However it is also observed that, in most of the developing countries, the construction industry has failed to play its expected role as an “engine of growth” by providing the basis for socio-economic development as even some of the rudimentary issues are still not being addressed adequately (World Bank, 1984; Wells, 1986; Ofori, 2006; Ofori, 2015).

Ci3 India was kick-started with an inaugural first Regional Roundtable in Chennai at IIT Madras in October 2015. A second Regional Developers’ Roundtable was conducted in Mumbai in February 2016. The participants of the two Regional Roundtable were large building construction clients from Chennai, Bangalore, and Mumbai regions.

In the two Roundtables, CI3A identified the following challenges in the construction industry in the order of decreasing importance:

Additional critical issues in the Second Round Table

Other Studies in India

The study by Iyer & Jha identifies that the industry does not have the structure required for executing projects but, with some variation in opinion, this can be provided by project management. They also observe that the implementation of PM is/will be appreciated by clients, end-users and stakeholders, although some difficulty was foreseen in the acceptance of PM by the Indian construction industry. Coordination amongst project participants was found to be the most significant of all factors governing cost performance of projects, other factors being adverse climatic and economic conditions; unfavourable project-specific attributes; lack of top management support; monitoring, feedback, coordination, conflict and knowledge of the project participants; and reluctance to make timely decisions.

Shibani, A. and Sukumar, D. (2015) at Coventry University, England enumerated key challenges in the Indian construction industry, based on a survey of project managers as: